How to earn bitcoins without investing in the Internet 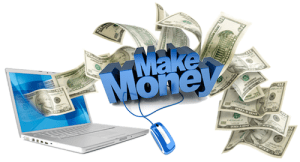 Is it possible to earn bitcoins without investments?

With the popularity of crypto currency, many users have the question: "How to earn bitcoins without investments?" Owners of seed capital are engaged in mining, organize farms or cloud servers. But those who do not have the means to promote, but have a huge desire to become the owner of the cherished crypto currency, also have the opportunity to increase their capital. Of course, it is not worth hoping for huge profits, especially at the initial stage.

Most often, those wishing to earn bitcoins go to specialized advertising sites. According to the principle of work, they are divided into two types:
• Cumulative - the amount is regularly multiplied even when the computer is turned off;
• Discrete - the user receives a certain number of points (which are then converted into bitcoin) for a fixed period of time spent on the site.
Bitcoin cranes involve the following actions: participation in games and lotteries, entering captcha, clicks on banners, viewing advertisements. But even if you sit for days on such sites, do not expect super profits. Most likely it is a pleasant addition to the Internet and mobile phone replenishment.

The payment unit of most of the crane sites is satoshi, which is equal to one millionth part of bitcoin.

Those who work on the Internet, get a crypto currency is much easier. It is enough to take orders on the resources that lead the calculation in bitcoins. There are not many of them yet, but sites such as XBTfreelancer, Cryptogrind, Coinality are already good candidates for freelancers. Especially this kind of work will be of interest to those who regularly make savings and want to receive their earnings in already profitable currency, and not lose interest on converting. True, all resources are English-speaking, so this option for obtaining bitcoin is not suitable for everyone.

If you are selling things or other goods through the Internet, by making deals on specialized sites, you have the opportunity to receive payment in the crypto currency. The most popular sites for online sales: Bitify, OpenBazaar, Purse.io. This is an international resource, so to use them you need to know the English language.

On the above trading platforms, you can sell not only new products, but also used. If you have good, but unnecessary things, sell them and get some bitcoins, which in time can grow in value and bring a good profit.